This grant is administered and managed for the BDFA by Sparks, Children’s Medical Research Charity.

Professor Jonathan Cooper (pictured below) is going to investigate whether gene therapy could be used to treat a different form of Batten disease – CLN5 Batten disease building on a successful long standing collaboration with Professor David Palmer and his group at Lincoln University, New Zealand. They have been working on using gene therapy in animal model of CLN5 Batten disease and the aim of this research project will seek to determine if the treatment can prevent the death of brain cells and if there are any unintended consequences that might be harmful in the long term. Ana Assis was appointed in 2016 as a Research Assistant based at Kings College, London, for this 1-year project. PSDL Lab members (far right-Ana Assis) 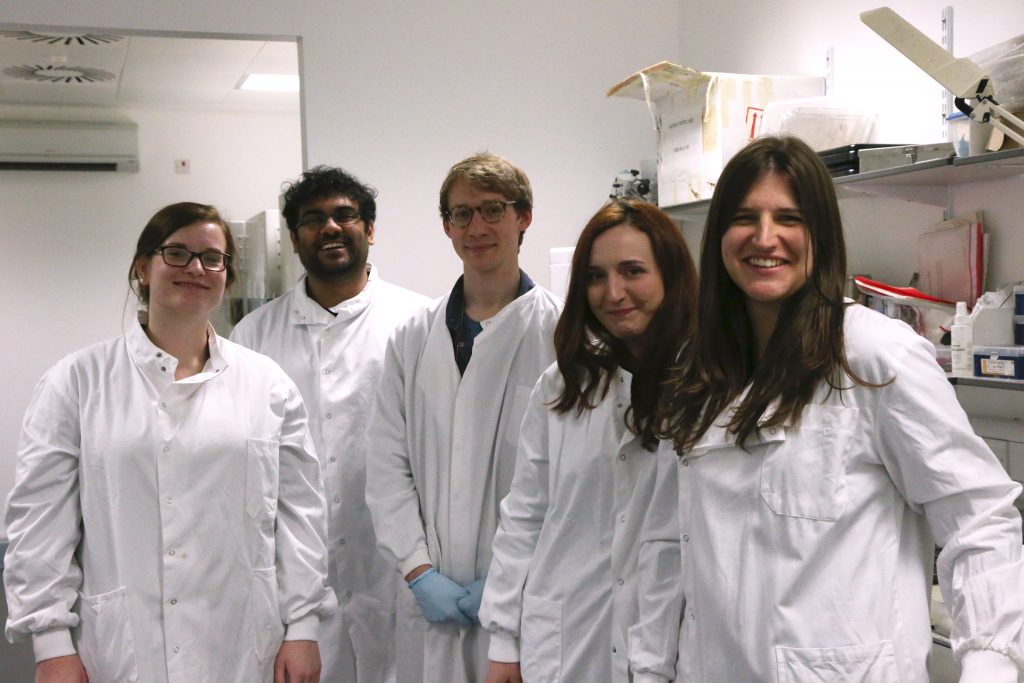