Development of a drug screen for CLN5 Batten disease

Congratulations to the Battle Batten campaign, set up by Andrew and Sarah Dawkins, and their families for their amazing fundraising efforts, which have enabled the BDFA to fund two research projects in CLN5 disease on their behalf.

The group at UCL (Dr. Dan Little, Professor Paul Gissen, Professor Sara Mole, and Dr. Robin Ketteler) has used patient’s skin cells, which have the mutation or “mistake” in the CLN5 gene to create a type of cell (iPS cells) that can then be turned into nerve cells (neurons) the cells that die in CLN5 disease.  Dan has successfully turned the first of the iPS cell lines into neurons. Work is well underway to look for significant differences between these cells and healthy cells to exploit in a drug screen. Drug libraries can then be tested to find compounds with potential to make the CLN5 cells healthier. The new cell lines also represent a valuable resource for further study into CLN5 disease. 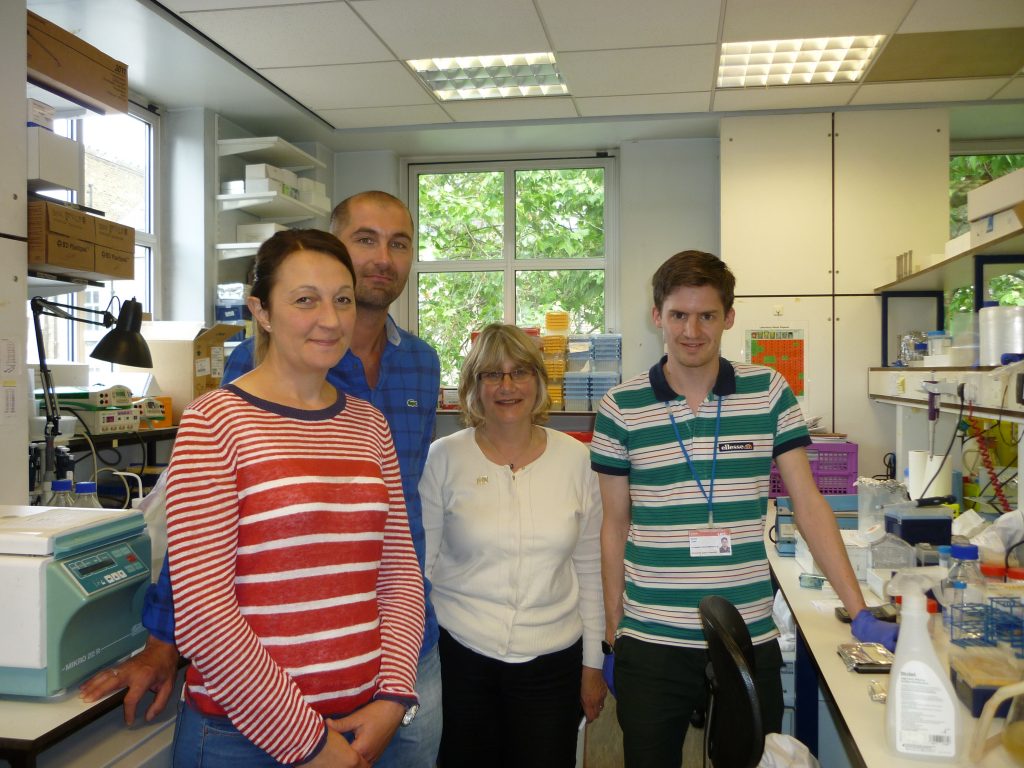