Why work with yeast?

Fission yeast, like the yeast that is used for baking and brewing, is a fungi that exists as distinct individual cells. They are very simple rod shaped cells with only a relatively small number of genes (4,970).  They reproduces very rapidly, doubling in number every 2-3 hours, and can be grown in petri dishes like bacteria. This makes it a very good organism to work with in the laboratory.

Fission yeast was first identified in 1893 in a sample of beer from East Africa. It is from these origins that fission yeast gained the name pombe, which is the Swahili word for beer. It was first used in the lab in the 1950s, and soon became a favourite system for studying the processes that occur when cells reproduce. It was the culmination of this work that led to Paul Nurse receiving the Nobel Prize in Physiology and Medicine in 2001.

Today fission yeast is used to study a wide array of processes that occur within a cell. These include: the regulation of cell shape, the way in which genes are regulated to produce specific effects / traits and how cells communicate with other cells and sense changes in their environment, as well as continued work on cell reproduction.

The whole of the fission yeast genome was sequenced in 2002. With this, it became clear that many genes involved in disease are also found in yeast. This has allowed researchers to use yeast, with all its advantages, to study what these genes do and what happens when they are altered in disease.

Importantly for Batten disease research, fission yeast contains the same genes as those mutated in CLN1, CLN3 and CLN10 disease. Fission yeast has been used a great deal to study CLN3 disease, highlighting a number of important roles for the gene, particularly in the way cells produce and then recycle proteins. It is also being used in the search for drugs and to test new ideas for therapy. 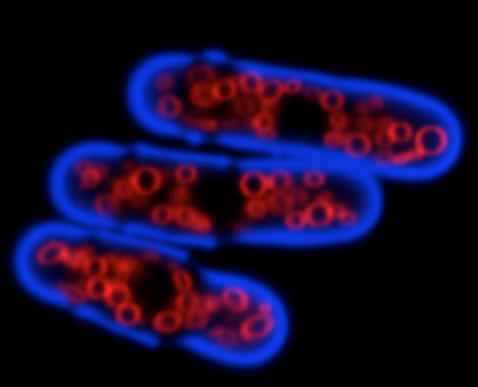 A better understanding of disease mechanisms is important for many reasons, for instance identifying targets that may be useful when developing new therapies. For instance, many cell lines have been developed that contain the same mutations or mistakes as found in a patient with NCL.  A cell line is a population of cells derived from a single cell so that all have the same genetic makeup. Researchers can then look at the differences between these cells and unaffected cells. In addition to giving information about what is going wrong, cell lines carrying NCL mutations can be used to screen panels of drugs to see whether any improve or rescue the affected cells. Recently, scientists have discovered how adult human cells, for example skin cells or hair cells, can be changed in the laboratory into cells with the characteristics of embryonic stem cells; cells that have the ability to make any cell type in our body. These engineered embryonic stem cells are called induced pluripotent stem cells and when made from patient cells, like individuals with NCL, they can be an effective platform for drug screening. This is not only because these cells carry the human disease mutation but also because they can be made to turn into a specific cell type that is relevant for the disease being studied.