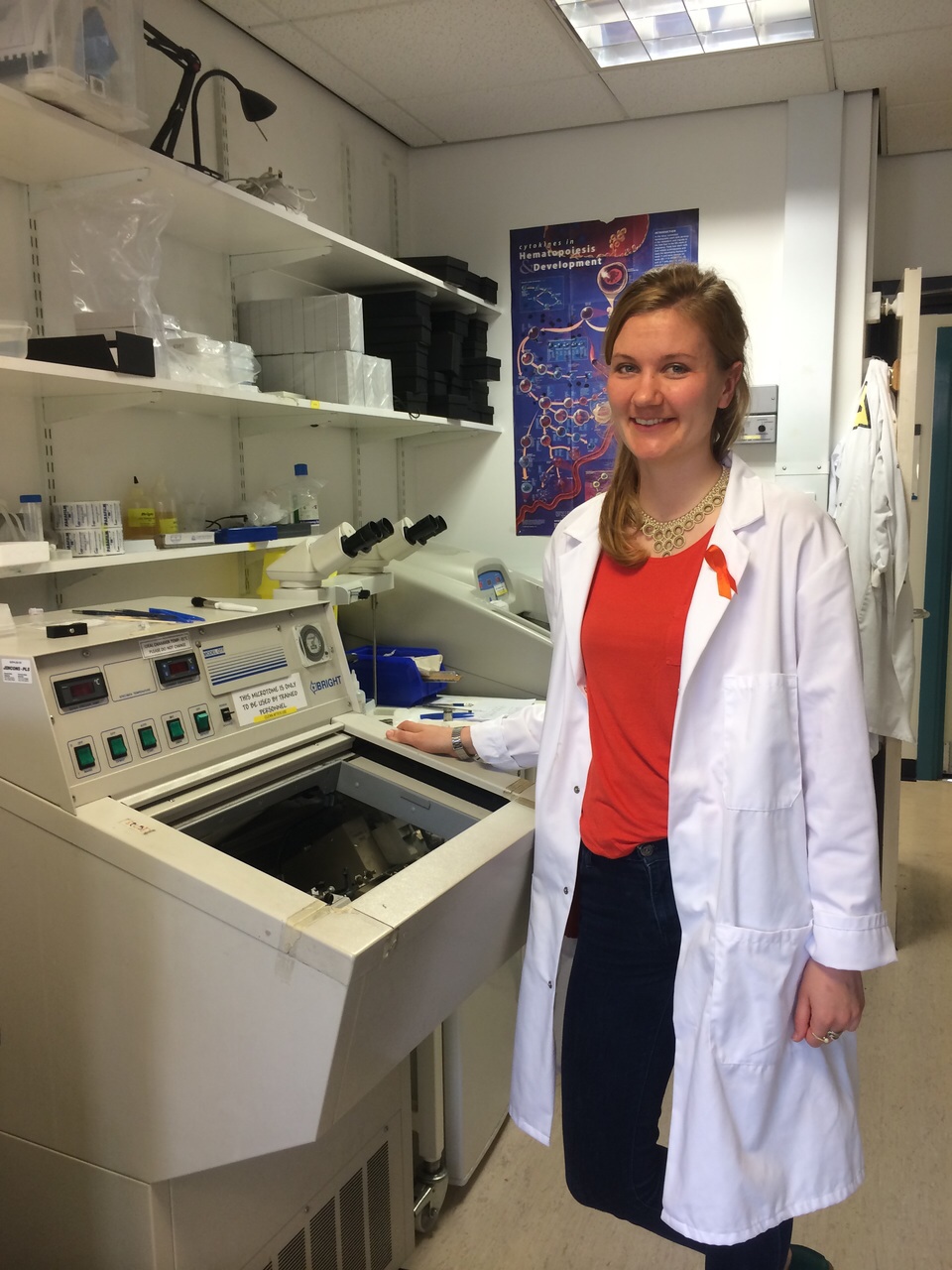 Batten disease affects mainly the brain and in the eye, the retina, and is characterised by progressive neuro-degeneration, leading to dementia, epilepsy, loss of motor function and blindness. Vision loss is a key symptom of all forms of Batten disease and therapies addressing this would therefore improve the quality of life for those affected.

The brain and the eyes are two organs that work together but it is unlikely that a treatment in the brain could also have an effect in the eye (and vice versa), therefore a combined therapy will be needed to treat both organs independently.

This approach is of particular interest in diseases such as Batten disease where a defect in a particular gene is the cause. Can we replace the “faulty” gene with a correctly functioning copy and so produce working copies of the protein?

The project was challenging and revealed unexpected results. The first 2-3 years involved setting up and characterising the mouse model system, to study exactly what was going wrong in the eye in Batten disease. The optimal delivery system and dose regimen for prospective treatment was also investigated.  Year 3 showed that a different type of cell within the eye needed to be treated to gain a therapeutic effect.  At this time it became evident that it was of vital importance to continue the work and BDFA funded an extension year again with continued support from Beefy’s foundation. Year 4 proved pivotal with the first demonstration of a significant slowing of the loss of vision in this CLN6 mouse model of Batten disease. Sophia was awarded her PhD in Jan 2016 and the work is currently being submitted for publication.

During the extension year of the project Professor Sara Mole put together a consortium, to apply for a major European Union Grant. This brought together ten leading scientific research groups, three companies and the BDFA as the patient organization, from across Europe. This was highly competitive and BATCure was funded to commence in 2016 under the Horizon 2020 initiative.

The project seeks to use an integrated approach find therapies for three NCLs, CLN3, CLN6, & CLN7 with an integrated approach. This encompasses making and testing new models, finding novel therapies and to take forward work that has already shown promise to a pre clinical stage. A key part is to develop gene therapy. Sophia’s excellent work strengthened the submission and, within the grant, funding for her is now secured for another 3 years. 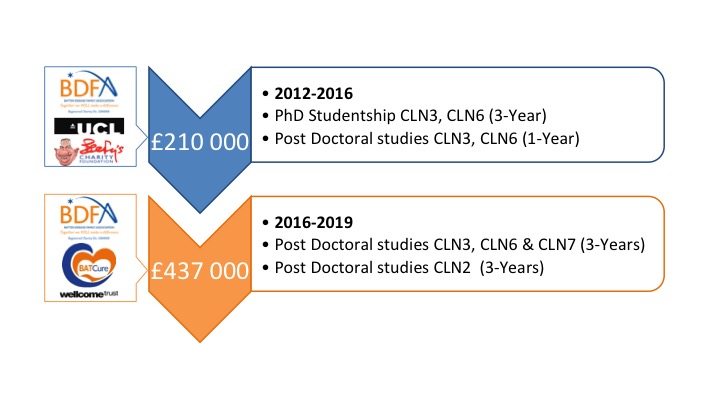