James was born perfectly healthy in March 2008 and met all of his important milestones. By 18 months he was walking (as long as he held our finger) and he could say the odd word – dadda, ozza (Oscar the cat). He was into everything – taking the coals out of the fire, pinching my lunch, pulling the cats tail and helping us decorate by putting his full arm into the paint tin! It was all done with the cutest smile! I was pregnant with my second child and life was good.

In September 2009 the seizures started. Not full blown how you would imagine, but short quick jerks that floored him. He had 40 in a few hours and he was admitted to hospital. The tests and the medication started …

My daughter Ruby was born two months later in November 2009. By this time it was clear that something was seriously wrong with James. He had stopped crawling, walking, standing and was struggling to sit. He was a different boy – like something had been switched off. 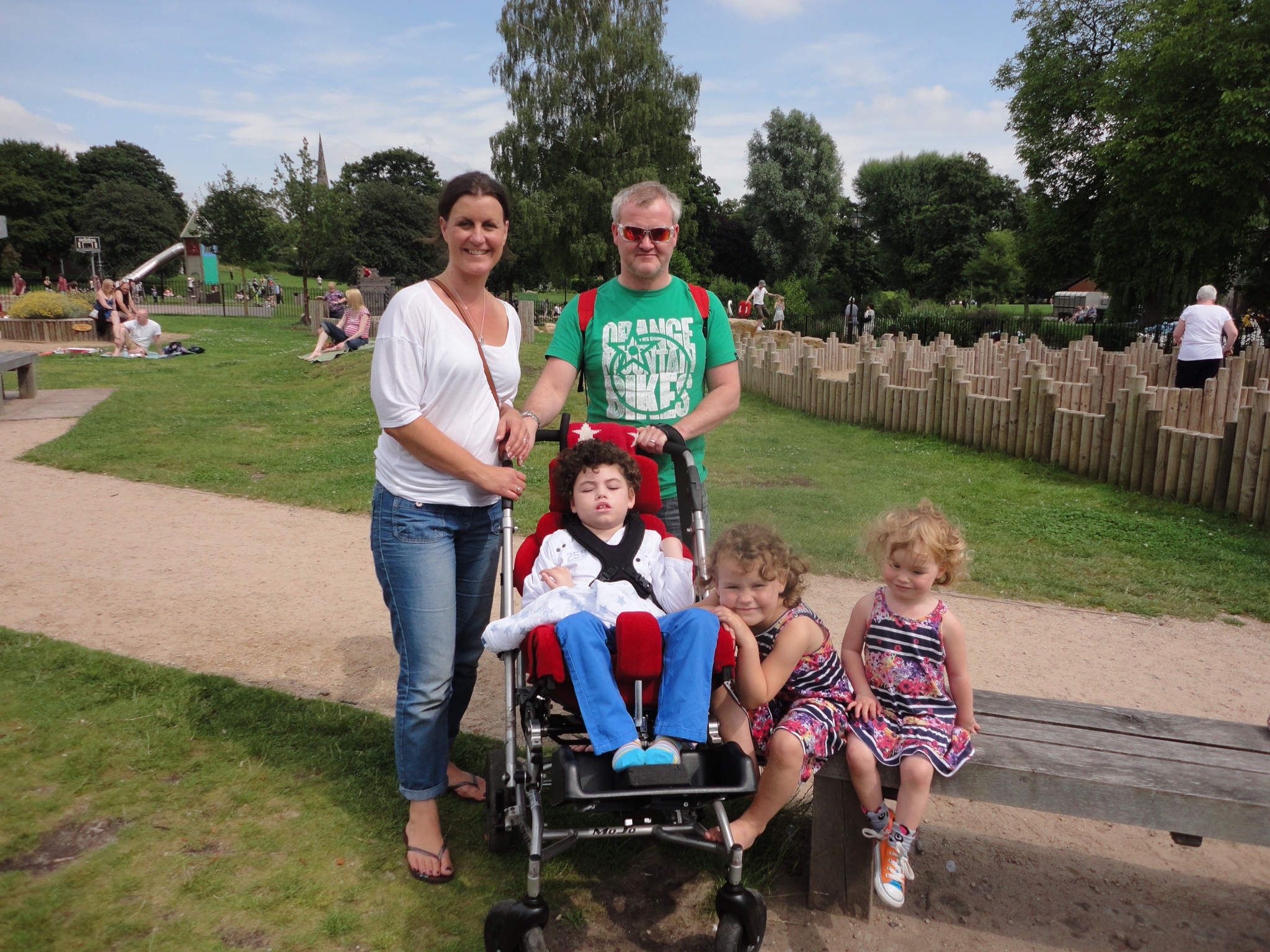 During Christmas of that year James’ seizures changed so I contacted the hospital and we were given a glimmer of hope – that it could just be epilepsy that needs controlling. We felt so relieved and hopeful. We were then called into the hospital on the 9th of January 2010 to meet with James’ consultant. We thought it was to discuss the new type of seizures. It was a Saturday and we were to go to Outpatients. I hated going to Outpatients as it was so very, very busy. However, when we arrived it was empty…two nurses were waiting for us…alarm bells started to ring.

James had Infantile Batten Disease. No treatment. No cure. James would not live beyond 5 years old. He was 22 months at the time. I don’t have the words to describe how hearing that felt. They just don’t exist. Devastated, heartbroken, shocked, crushed just don’t come close.

Infantile Batten Disease is a neurological degenerative disease. James is basically missing one of the enzymes which clears the rubbish from his brain cells. Therefore, the cells are dying as they fill up with this rubbish. 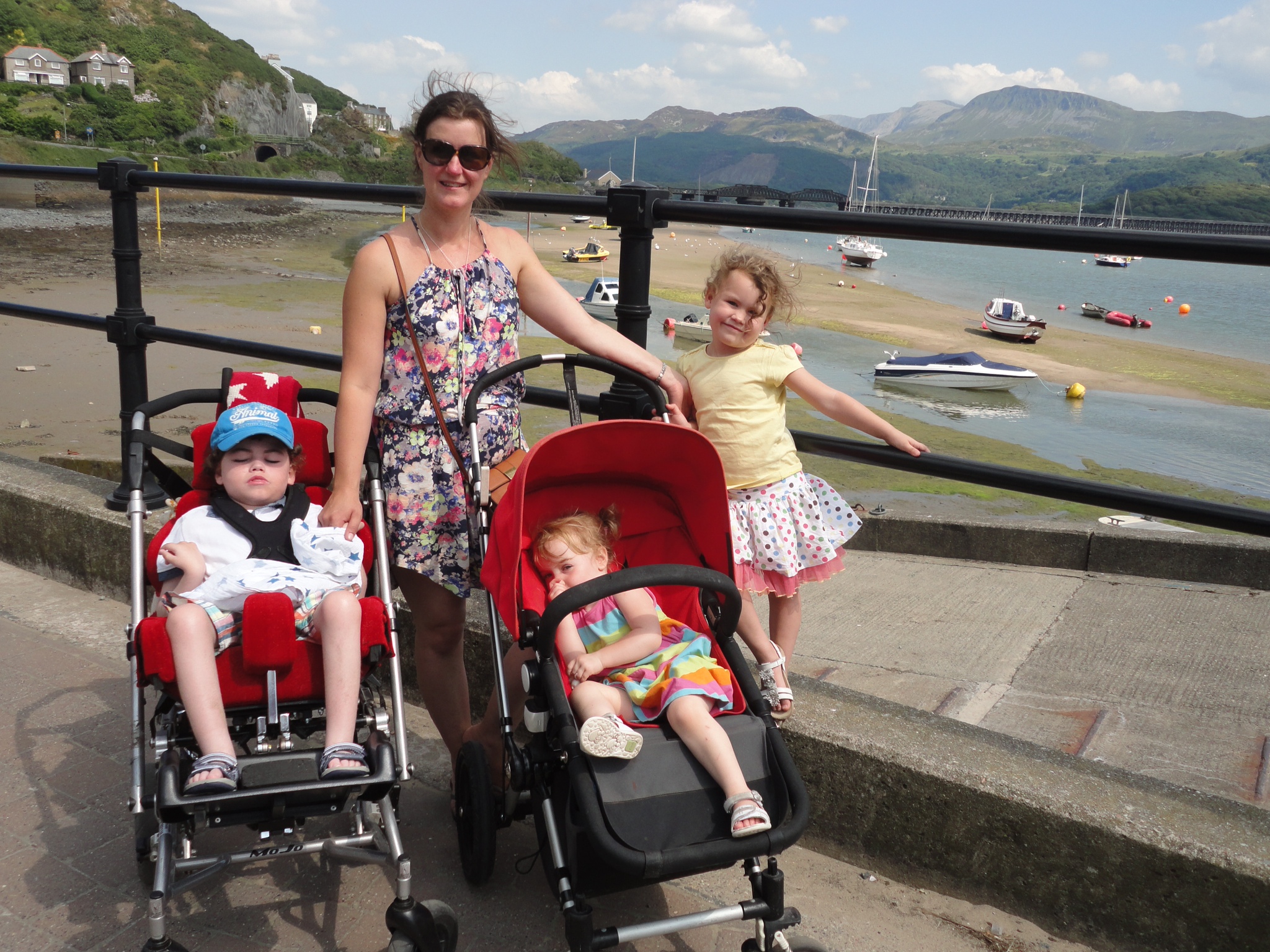 The sheet we were handed said that ‘over time affected children suffer mental impairment, worsening seizures and progressive loss of sight and motor skills. Eventually, children with Batten Disease become blind, bedridden, and demented. It is always fatal.’

It was hard to take this all in. Through our crying we heard the Consultant asking for Ruby’s date of birth. He then told us that the condition was genetic. My husband and I are both carriers, therefore Ruby had a 25% chance of also being affected – she was seven weeks old. We had her tested as soon as we could. It took a week for the results to come back. Thankfully she is unaffected – the relief is also indescribable.

We then had two choices – to let Batten Disease ruin our family or dust ourselves down and live. It was not a path we ever expected to go down but we owed it to James and Ruby to give them both the best possible life we could, however long or short that maybe for James. We have a saying ‘Don’t count the days, make the days count’ and that’s just what we decided to do.

Bravely or stupidly we decided to have another baby. This baby also had a 25% chance of being affected. So we rolled the dice again. Fortunately, testing is available during early pregnancy and we were told our baby was unaffected and Isabel was born in September 2011. So family life took a life of its own.