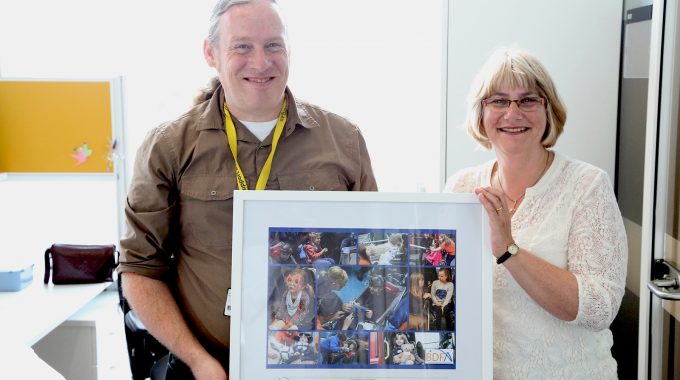 Long-time Batten disease researcher and BDFA Scientific Advisor Professor Jonathan Cooper is leaving King’s College London this summer to take up a new post at the Harbor UCLA Medical Center in Los Angeles. As in London, Jon will continue to work predominantly on Batten disease, and his new post will allow him to concentrate solely upon his research rather than teaching or other academic activities.

Jon said: “It is a big move for me and my family, and having been approached for the role on the strength of my research, it is one we are making for very positive reasons. I would like to thank the BDFA and the UK Batten community for their support and inspiration over the years. Although I will be further away, I will still be working to help families in the UK and across the world living with Batten disease”

All the Batten disease projects currently in progress at the PSDL at King’s College London will continue as planned until completion, including the BDFA funded project to explore the impact of gene therapy in CLN5 sheep.

Jon plans to return to the UK on a regular basis to continue collaborations with UK scientists, and we will look forward to hearing updates on how work in his new lab is going.

On behalf of the UK Batten community we would like thank Jon for his fantastic support over many years and we know that we will continue to work with him closely in the future on NCL projects. We also extend our best wishes to Jon and his family for their future in the USA.