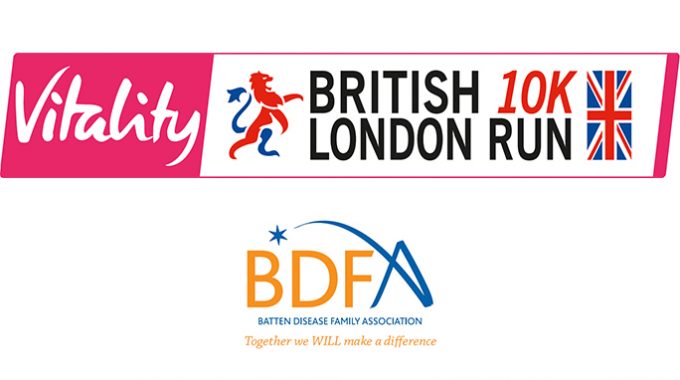 Is your New Year’s resolution to get fit and have fun? And to raise money for the BDFA whilst doing it?

Then sign up for the Vitality British London 10K, staged through the heart of central London passing many of the capital’s world class historic landmarks.

We pay for your place, all we ask is that you fundraise a minimum of £250

The British 10k London Run is staged on the worlds greatest road race route through the heart of central London, passing many of the capitals truly world class historic landmarks.

Around 25,000 runners from all over the UK and overseas will mix and match with thousands of charity and corporate team fun runners of all abilities raising millions of pounds for worthy causes !

Now in it’s 16th year The British 10k London Run takes place on poposed date – Sunday 10th July 2016 – a year to the month since London hosted the Olympic Games. Much of the British 10km London Run route was used for both men’s and women’s Olympic marathons.

The start on Piccadilly outside the Guards & Calvary Club will be dressed once again with Union flags – as will the finish on Whitehall just north of the Cenotaph. The Band of Her Majesty’s Life Guards will once again perform the opening ceremony making for a grand occasion.

Landmarks passed include: The stunning new Bomber Command on Piccadilly with Wellington Arch at Hyde Park Corner forming the backdrop. The next landmark is St. James’s Palace once the London home for HRH The Prince of Wales and Princes William and Harry. Then on to Trafalgar Square and Nelsons Colum the sceen of so many great British Sporting occassion’s such as the Victory Parade for the England Rugby World Cup 2003, the England Cricket Team’s victory parade for the Ashes. And of course Trafalgar Square was centre stage in 2005 when London was awarded the 2012 Olympic Games.

From here runners pass Golden Jubilee Bridge which opened to the public in 2002 to mark HM The Queens Golden Jubilee. The magnificent St. Paul’s Cathedral is the next landmark as it forms the impressive backdrop as runners stream down White Lion Hill towards the worlds most famous clock Big Ben. As runners approach Big Ben they will pass the unique Battle of Britian Memorial on the Embankment with the imposing London Eye as back drop.

After crossing over Westminster Bridge runners perform a U turn adjacent to the London Eye heading back towards the British Houses of Parliament and the Historic Westminster Abbey – the scene of so many Royal and Ceremonial events. The most recent of which was HM The Queens Diamond Jubilee and the royal marriage of Prince William to Kate Middleton in April 2011.

After circuling Parliament Square runners head towards the finish line on Whitehall – the portal of British government, past the entrance to Downing Street, then The Cenotaph before finishing at the junction of Royal Horse Guards with Banqueting House, the last building associated with the palace of Whitehall.