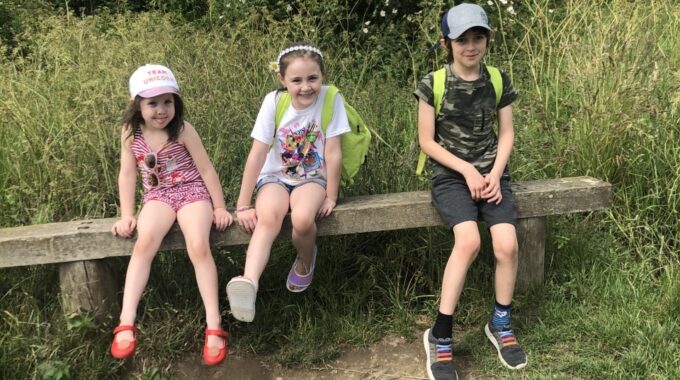 “A two minute phone call confirmed what my heart already knew. My beautiful, intelligent, sassy, baby girl had been given the same death sentence as her brother.”

Natalie Evans, describes the grief of finding out that her youngest daughter Alice has CLN3, like her eldest son Sam.

I was in that nightmare again. The one where I’m crossing the road and fall just before I reach the other side. Although this time, I don’t even try to crawl out of the way. The breath I was holding leaves my lungs and I can’t breathe.

At home, we’d noticed that Alice had become increasingly clumsy, her concentration wasn’t as good, she struggled sometimes to put the words together that she wanted, she sat as close to the TV as she could and she’d started to hold her book up to her face. When Alice’s school teacher told me the week before October half term that she was having trouble seeing things in school, corroborated with the other members of staff who worked with her, my heart sank. It was like history repeating itself. I cried for the rest of the school run and all the way home.

We went to the opticians for them to test Alice’s vision. I sat in the room with my mask on, sobbing into the darkness as I watched what was like a carbon copy of my beautiful boy. The optician was the same man who had tested and referred Sam. He hadn’t heard of Batten disease until Sam, he said he was so sorry and that he never imagined that’s what the results would have been.

You’d think you’d get used to people apologising to you. I always find it a really funny thing, like they are apologising because they feel like they’ve done something wrong in not knowing what to say to a parent whose world feels like it’s ended. In all honesty, there is nothing anyone can say. I have no words some days.

At our genetics appointment, we discussed the implications of what would happen should Alice’s results come back as Batten disease. Dr Parker very eloquently told me once the results were here, we couldn’t take them back, there was no magic wand and we could delay the testing for a year or two. In my heart I already knew what the results would be and I really couldn’t see the point in delaying the inevitable, as all I would do over the course of the next two years would be to watch and analyse every little behaviour I saw in my youngest child. To me that is not an existence, life is hard enough as it is.

Six long weeks went by when the phone call finally came in.

Two minutes. That was all it took for my world to feel as though it was crumbling down around me. A two minute phone call that confirmed what my heart already knew. My beautiful, intelligent, sassy, baby girl had been given the same death sentence as her brother.

The pain and reality now of not only having to say goodbye to one of my children, but two of them. There is no other way to describe how I felt other than the deepest despair and sadness.

There really are no positives you can take from this situation, no bright side because the ugly truth of this disease is that inevitably there is loss. And not just the end result of your child dying but so much loss along the way. Everything hurt. My head, my heart, my entire body ached. It ached again for everything that another one of my children was losing. Another future I had dreamed of for my child, had been stripped from me and her in that two minute phone-call. Just like Sam, Alice’s future now looked very different.

Batten disease is something that as a family we have to live with. It’s not something I will ever pretend to be comfortable living with or that I will ever fully come to terms with. Because no matter how hard we pray, or wish, nothing will ever make this better or take away the pain we feel.

We are now going through the process of grieving for another child that is still alive and it’s such a hard concept to grasp.

I never believed it was possible for a heart to break twice, but I was wrong.