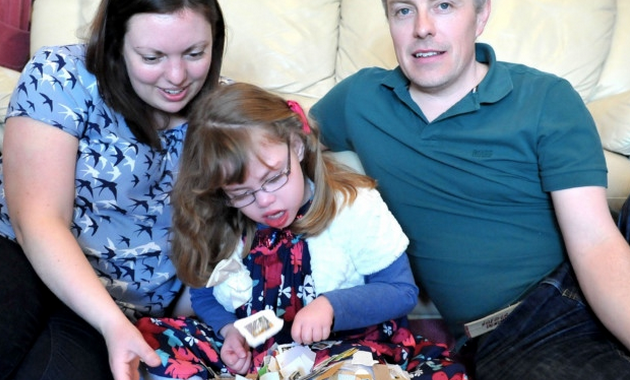 Carly and Paul Hadman set up stamp collection boxes in banks and shops across the Fens as part of an appeal to raise awareness and funds to find a cure for Late Infantile Batten Disease which their daughter Effie was diagnosed with last year.

Her mum Carly, of Whittlesey, thanked everybody for the response which she said had been amazing.

Effie was a bright, bubbly girl until for no apparent reason she suddenly forgot all of her numbers, colours and people’s names. She then started suffering seizures.

Mrs Hadman said: “We thought she had epilepsy but in January 2014, when Effie was three and a half, we received the devastating news that she has Late Infantile Batten Disease which has a life expectancy of five to 12 years old.”