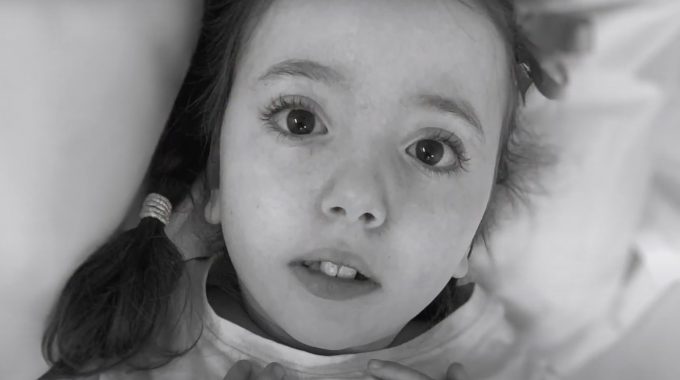 Sisters, Nicole and Jessica both have CLN2, and their mother, Gail Rich explains the importance of diagnosing and treating Batten disease early on.\

Every day, our daughter Jessica is proving to the world what is possible if children with CLN2 Batten disease are diagnosed and treated before symptoms start. We got Jessica’s diagnosis early because of her older sister Nicole, otherwise we wouldn’t have known until it was too late to save her abilities.

Children with CLN2 Batten disease often start to show symptoms at around age three to four years. Common symptoms include having unprovoked seizures; struggling more with their talking and stumbling over words in which they were once fluent; and becoming unsteady on their feet and starting to lose their balance.

There is now a treatment available for CLN2 Batten disease, and so it is more important than ever that children are diagnosed as early as possible to give the best chance to save their abilities.

A long road to diagnosis for Nicole

Our road to diagnosis for Nicole was a lengthy one – spanning just over two years.

At the age of two Nicole hadn’t started talking which was the first concern. This prompted intervention from a speech and language therapist. Although the therapy didn’t help her to talk, it did highlight Nicole’s lack of concentration. When Nicole turned three, and had still not spoken a word, we took Nicole to see a paediatrician. After a series of cognitive and behavioural tests Nicole was diagnosed with Global Developmental Delay.

Everything about her was delayed. Aged three, the behaviours and characteristics she was displaying were that of an 18-20 month baby.

The subtle regression we had been observing was far more serious than we had thought. We had been watching our baby girl deteriorate in front of our eyes completely oblivious to the reason.

Seizures and a new diagnosis

Just days after the GDD diagnosis, Nicole had her first seizure. It was the most frightening experience of my life – with no history of epilepsy, we had no idea what was happening and a fear that she was going to die went through our minds. It started with a twitch that travelled up her body, she then went lifeless, turned blue, stopped breathing. After being seen in hospital we went straight for an EEG where Nicole was diagnosed with focal epilepsy.

The doctors thought there was an underlying syndrome but they didn’t know what. It was only when her mobility became an issue that we knew there was something more going on.

We kept returning to our paediatrician and neurologist and insisted they keep testing because we knew something wasn’t right. They eventually found out, and, on 16th September 2016, we heard the words Batten disease for the very first time.

Nicole was four when she was eventually diagnosed.

We had Jessica tested straight after Nicole’s diagnosis, and three months later Jessica was also diagnosed with CLN2, at just 15 months old.

Jessica started Brinuera treatment straight away, as part of a ‘sibling trial,’ years before she would have shown any symptoms. Early diagnosis and treatment has made the world of difference for Jessica, and we are watching the results daily.

Now at the age of four and a half years, Jessica has shown no regression at all in her physical abilities. Her mobility has remained completely unaffected – she is running, jumping, hopping, climbing and generally being a ball of energy! This is in contrast to Nicole who is now fully dependant on us for every aspect of her life.

Jessica is acquiring new skills and it is fascinating to watch her ingenuity and problem solving when faced with a challenge. Her social skills have come on leaps and bounds and it has been wonderful to watch her establish friendships at nursey and enjoy play dates like any other 4 year old.

Without a doubt, one of her best qualities is her ability to connect and bond with people. She is the most loving girl.

The differences in time of diagnosis

We see the difference early diagnosis can make every day when we look at our two daughters.

The roles of our two girls have reversed and instead of the big sister looking out for her younger sister, it is Jessica looking after Nicole. It melts our hearts when we see how concerned Jessica is if Nicole is having a bad day. Watching our two daughters together, it is hard to believe they both have the same condition.

Brinuera treatment in children with CLN2

There are 13 variants of Batten Disease and it is only the CLN2 variant that currently has a treatment. Early Brinuera treatment is what has helped Jessica so much. She is living proof the treatment works and that early diagnosis and treatment can change the course of this dreadful disease.

We believe, because of how well very young, pre-symptomatic children on treatment are responding, around the world, that Brinuera will change forever the way progression of this disease is assessed. It will no longer be focussed on regression, how many skills lost, or if they have remained stable, but it will now look at recording new skills the child has acquired.

The truth is, nobody knows what the future holds, but we hope and pray Jessica continues to grow and develop as she has done up to this point.

Brinuera has changed everything for CLN2, and as a result there are many research projects for new therapies and treatments to treat other forms of Batten disease, which are desperately needed.

It is vital that ALL forms of Batten disease are picked up far sooner than they currently are. Cutting down diagnosis time reduces the anguish for families, the possibility of frustrating misdiagnoses, and allows the family to get earlier access to the specialist support services they need.

And as drugs like Brinuera become available, early diagnosis gives a better chance for therapies to have the best effect.

Because Batten is such a rare disease and widely unheard of, the early signs are often missed by medical professionals. The BDFA’s Early Diagnosis Project will be a big step towards achieving a faster rate of diagnosis through education and awareness of all variants of Batten disease. We look forward to joining together with other Batten families and medical professionals on this important piece of work.

We must find a cure for every type of Batten disease, and we must get early diagnoses. Every child deserves a chance.