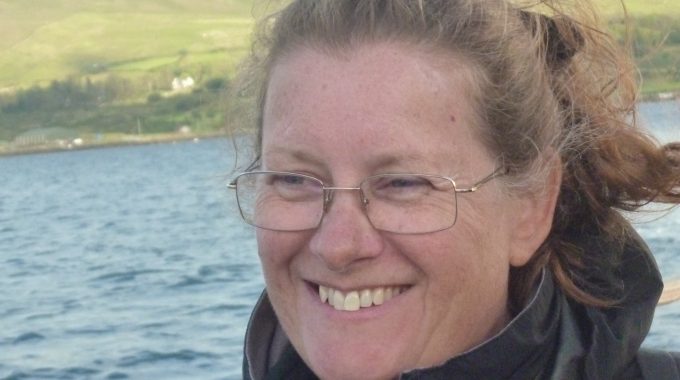 “We are not at the end of the journey yet… but compared with 30 years ago, it’s a whole new and brighter place to be”

Consultant Paediatric Neurologist, Ruth Williams, talks of the huge progress made from the 1980s to now, and hope for the future.

From a clinician’s perspective, I have seen the progress of Batten from a universally fatal disease of children when I was a paediatric trainee in the 1980s, to children with better, fuller lives and hope for the future in today’s NHS.

I first came across Batten disease as a newly qualified doctor in Nottingham and always remembered the family. Years later, a lecturer post was advertised with Prof Mark Gardiner at UCL, part clinical, part laboratory based research. I would be looking into the genetics of a rare group of childhood neurological disorders with a long and complicated name, also called Batten disease.

Over the next five years I worked alongside Sara Mole and others as part of the teams involved in the identification of genes CLN1 and CLN3. Part of my role was to recruit families, take blood samples and scrutinise the clinical and diagnostic information. This brought me into direct conversation with newly diagnosed children and their families. I was also fortunate to meet established international expert doctors and scientists and learn from these pioneers at neuronal ceroid lipofuscinosis (NCL) congresses in Germany, the US and Finland. I was particularly inspired by Professor Pirrko Santavuori, who initially recognised and wrote about Infantile (CLN1) and a new variant late infantile (CLN5) Batten Disease. She kindly helped with some of the trickier diagnostic dilemmas encountered in our research, even inviting me to her Helsinki University clinic and for tea in her kitchen!

I moved to Great Ormond Street Hospital to complete my training in paediatric neurology between 1996 and 2003, and continued to see newly diagnosed children and those followed up there whilst maintaining research links with UCL. By then more genes had been discovered, International Clinical and Tissue Registries were becoming established, PPT and TPP1 enzymes were characterised. I was able to work closely with Professor Brain Lake in the pathology department and with the clinical enzyme and genetics laboratories at GOSH, so that diagnostic testing based on blood samples rather than rectal biopsies became standard practice. I saw the dramatic impact on families – no longer choosing to limit their families but instead to have prenatal testing (though much later in pregnancy than is now possible). So, I was privileged to able to witness first-hand the huge benefits of laboratory bench science and its translation into clinical practice.

The Batten Clinical Service and the BDFA

I moved to the Evelina Children’s Hospital as a Consultant Paediatric Neurologist in 2003 and was encouraged to develop the Batten Clinical Service and maintain links to UCL. Around this time the BDFA was established and starting to grow, so that we could together run training sessions for professionals and for families. These events took place several times per year at Heather House or The Evelina, and each attracted 15-20 experts from education, social care, the health service and families. Barbara Cole, Sara Kenrick and Heather Adams were key to the discussions.

Pace of research speeding up

Meanwhile the pace of laboratory research was speeding up. By 2008 the pharmaceutical industry was taking an interest in the NCLs and experimental therapies were on the horizon. Families were travelling for unorthodox and unproven treatments world-wide, showing how much trials of therapies were so desperately needed. The press stories were increasing and family foundations popping up to raise money alongside the growing national family support groups. The voices of minority groups and therefore of families and children were being sought nationally and internationally on many issues. Clinical practice had changed from the authoritative doctor telling patients what they should do, to joint decision making based practice.

In 2012 Jon Cooper, Sara Mole and I hosted the International NCL Congress in London which was a huge collaborative effort with the BDFA, and we welcomed many families to the meeting. The mood was cheerful and optimistic. A short while later, BioMarin Pharmaceuticals Inc. visited London to share their plans for an enzyme replacement trial for CLN2 disease.

Pharmaceutical industry on board

My MD project and thesis had been all about the genetics and clinical features of CLN2 disease, and I had put researchers working on an enzyme called TPP1 at St Georges Hospital in touch with the labs at GOSH to develop the first diagnostic enzyme testing for late infantile Batten, so the possibility of an enzyme replacement therapy and clinical trial was just amazing! I shared a family story with the MHRA alongside over fifteen BioMarin experts flown in from California. We persuaded the committee to give permission for the first preparation step for the trial. It was so clear that such clinical trials could only be possible when industry is in the driving seat collaborating closely with clinicians, academics and families. In my days of university research and working in the NHS, I had never seen this level of resource applied to Batten Disease. I met technical experts in basic science, animal studies, manufacturing, quality control, trial protocol, trial ethics, statistics and more – the world of clinical trials and the pharmaceutical industry in Batten disease was coming to London!

The work goes on

CLN2 disease has changed for the better, but we are not at the end of the journey yet. We don’t yet understand the disease pattern for treated children and what the long term future looks like for them or their families. Other types of Batten disease still need new treatments. The scientific work goes on, trying to understand the basic biology of these awful conditions. The need for family support, routine data collection, clinical research, education and informed open discussion is crucial in today’s world as it has always been. But compared with 30 years ago, it’s a whole new and brighter place to be, and I am extremely grateful to all the families and professionals I have been privileged to know and learn from over the years.