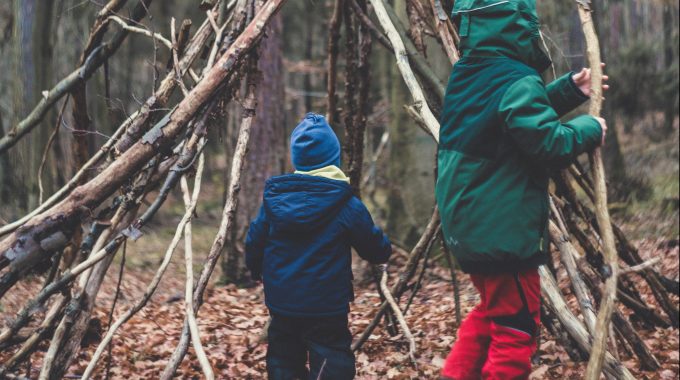 “Three years down the line, and Jack’s grandad still cannot talk to anybody about it, he just breaks down hearing the words ‘Batten disease’”

Jack’s grandmother gives her perspective on how his diagnosis of CLN2 has affected the entire family.

Jack was a lively, happy little boy – chatting, running, cheeky and always wanting to play with me and his older brother, Simon. The children used to come to stay with me on a weekend and we had great times.

When Jack was three years old, I noticed that he would suddenly stop playing and stare into space. I wasn’t too sure what was happening and soon after, he started to have lots of different seizures. The doctors at the hospital diagnosed him with epilepsy and gave him some medication but this didn’t seem to stop the seizures. It was really scary. His seizures seemed to get worse and worse and we were all extremely frightened. He had a seizure at our house once. We live quite a distance from his home and we had to take him to our local hospital. The hospital treated him but recommended that we take him back to the hospital that were treating him near his home. We felt helpless, his mum and dad were terrified and we couldn’t help them or our grandson.

I remember the day that his mum phoned me to tell me that he had been diagnosed with late infantile Batten disease, CLN2. I can tell you the exact date the conversation took place! We weren’t expecting the call and his mum’s words were ‘it’s a devastating condition that leads to death by the age of 12 years.’

A family in grief

My world collapsed that day. I had expected them to be able to fix it and make him better. I cried for weeks after. Every time I looked at Jack, I cried. I couldn’t tell people at first, I found it really difficult to talk about it without bursting into floods of tears. We are three years down the line now and his grandad still cannot talk to anybody about it, he just breaks down hearing the words ‘Batten disease’.

I watched my son’s world come crashing down around him. He couldn’t leave Jack’s side, wanting to spend as much time with him as he could. For us, it was a double whammy. I was watching my child watch his child suffering from this devastating disease and I couldn’t do anything to fix it. Where had this come from? We have never had this disease in the family before. Have we passed it on to my son and grandson? My sisters have grandchildren, do we need to look into further testing?

Over the next few months, we had to watch Jack deteriorate very quickly. He lost weight, went very pale, he lost his ability to walk, his language lessened and he needed a feeding tube to help him to put weight back on.

We had heard that there may be a treatment available for children with CLN2 Batten disease and the day that we heard that he had been accepted for treatment, we felt as though we had won the lottery. But then we felt guilty because he needed to undergo surgery and life would consist of hospitals for the rest of his life.

Jack has received Enzyme Replacement Therapy for the past three years now, and we make the best of every day no matter what.

It has been really hard since lockdown as we haven’t been able to see Jack or his brother and we miss them like crazy. They have a new baby cousin born during lockdown and I can’t wait to introduce them. I wonder what Jack will make of a new baby in the family?

Even though Jack’s condition has deteriorated, he is still enjoying life. Simon loves him so much and is great at caring for him, always wanting to help me and help Jack. He’s really good at making Jack laugh and giggle and Jack couldn’t ask for a better big brother to look after him.

We’re always wanting to make sure that Jack and Simon have everything that they need. They are such wonderful children and we are really keen to make sure that they enjoy coming and staying at our house. We want them to be fun times and I really try to make sure this happens. We don’t get a chance to see them every week and we want them to have the best of the best. The beauty of being a grandparent is that when they come to our house, everything else stops and we are able to play with them and give them our full attention. It’s so hard for their parents, and when the boys are with us it’s a great opportunity for them to have a break while we concentrate on giving them our full attention.

*names have been changed