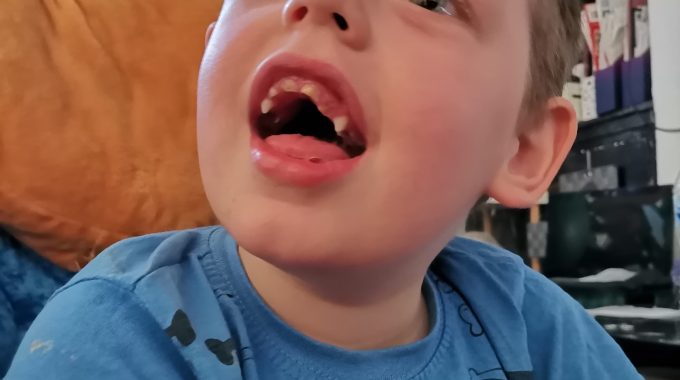 “Michał showed that he wants to live and wants to fight despite everything.”

Katarzyna Luc, mother of Michał, aged 5, with CLN2, and his siblings Magdelane and Oliwia, tells the story of their rollercoaster year since Michał’s diagnosis.

We fight Batten disease every day.
Every day, for a year we have fought for every word, every step, every smile, and every gesture.

I heard the diagnosis for the first time a year ago: “Battens CLN2.”
What is it? You ask. But how? And why? Millions of Questions.

Michał, now five years old, inherited the Battens in his ‘life package.’ What were the signs? It often starts with epilepsy attacks. Then you lose the skills to walk, speak, see, eat, and so on. You lose control over your own body, your emotions and how to express feelings. And then it comes… you know what.

I will tell you how our year has been with Battens CLN2.

It turned out the magic drug called Brineura, that would slow down the progression of Michał’s disease was not available in England at that time. We contacted many families asking what to do and where to seek help.

Finally, we went to GOSH (the best and greatest hospital in London). We came across great doctors, professors and the whole team was just brilliant. Although at that time it wasn’t clear if he would be suitable for the medicine, as Michał’s skills were at a level which was bordering the final outcome of treatment. After another consultation we were successful. Michał showed that he wants to live and wants to fight despite everything.

On October 31, 2019 he underwent surgery where a port was made in his head through which Brineure is administered – we say it is ‘magic medicine.’ And so since that day we travel to London every two weeks for the magic medicine to be administered.

Michał’s skills and abilities are slowly coming back again but we know that these will never be the same. We have decided that we will enjoy each and every day spent together.

That is why I am asking you that this day every year on 9th June, you join us to help raise awareness and consciousness of the rare Battens disease. For us it will be the first such day in which we will participate – fully aware.